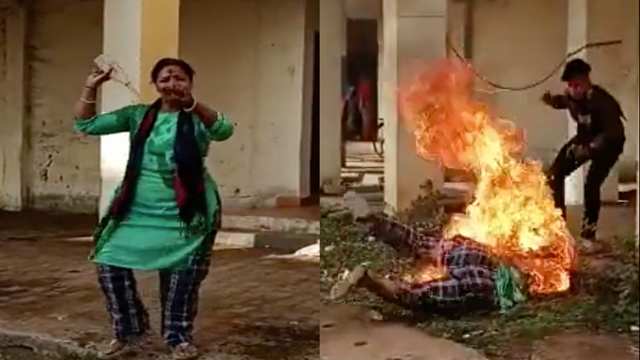 A woman set herself ablaze while protesting against a drive against encroachers in Chhattisgarh Rajnandgaon town. Police said that a 49-year-old woman was seriously injured after allegedly setting herself on fire on Thursday afternoon. A senior official said that the injured woman, Yasmin Begum, was admitted to Sector-9 hospital in Bhilai in neighboring Durg district, where her condition is said to be critical. The woman’s house was sealed in campaign Superintendent of Police, Prafulla Thakur, where he stated that a team of Rajnandgaon Municipal Corporation along with the police was taking action against the illegal occupants of these houses, Begum’s house was also sealed.

She reached there and objected. He said that the civic authority had sealed her house as she was allegedly living there illegally. After all this, Begum suddenly set herself ablaze by pouring petrol in front of the officials. The people present there extinguished the fire and admitted her to the Medical College Hospital in Rajnandgaon and later took her to Bhilai. Investigation is underway. The woman’s 22-year-old son was present at the time of the incident. 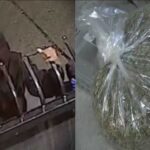 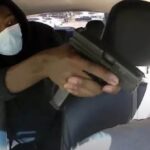