On Tuesday, December 13, 2022 just after 10:30 a.m., officers responded to the 3600 block of College Place in reference to a reported shooting. As they worked through the investigation, a potential suspect was identified as 47-year-old Brian Charles Jornet. Officers responded to his residence to make contact. As they approached, Jornet emerged from the back of the residence armed with a rifle. Jornet attempted to come over a fence toward the officers while pointing the rifle in their direction. Officers responded and fired at Jornet, striking him multiple times. Following a stand-off, Jornet was taken into custody without further incident and transported to a local medical facility for treatment. He was subsequently arrested for Attempted Murder as a result of the shooting incident officers originally responded to 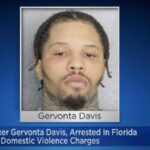 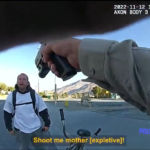