The suspects then returned fire, missing the complainant, and causing the rounds to go through the walls and into several other surrounding apartments.

The suspects then fled the location in an unknown direction. Neither the victim nor the surrounding residents were struck by gunfire. Houston PD #353721-22 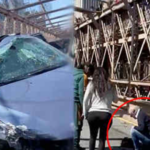 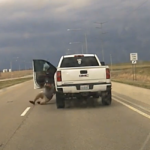