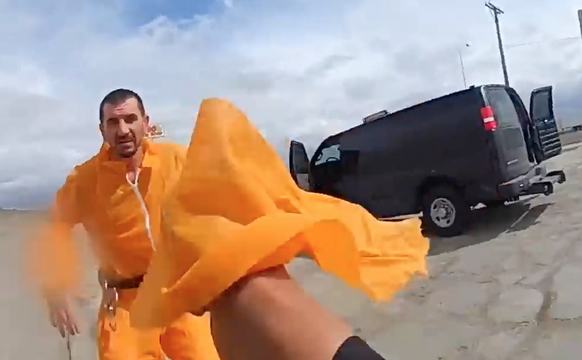 Josh Hall, a federal inmate faked a medical episode and overpowered the deputy to steal the prisoner transport van. Cibola County Sheriff’s office charged him with aggravated fleeing, stolen motor vehicle, and kidnapping of the two other prisoners who were unwilling participants in the heist. Additionally, New Mexico State Police will be charging Hall with escape from custody.