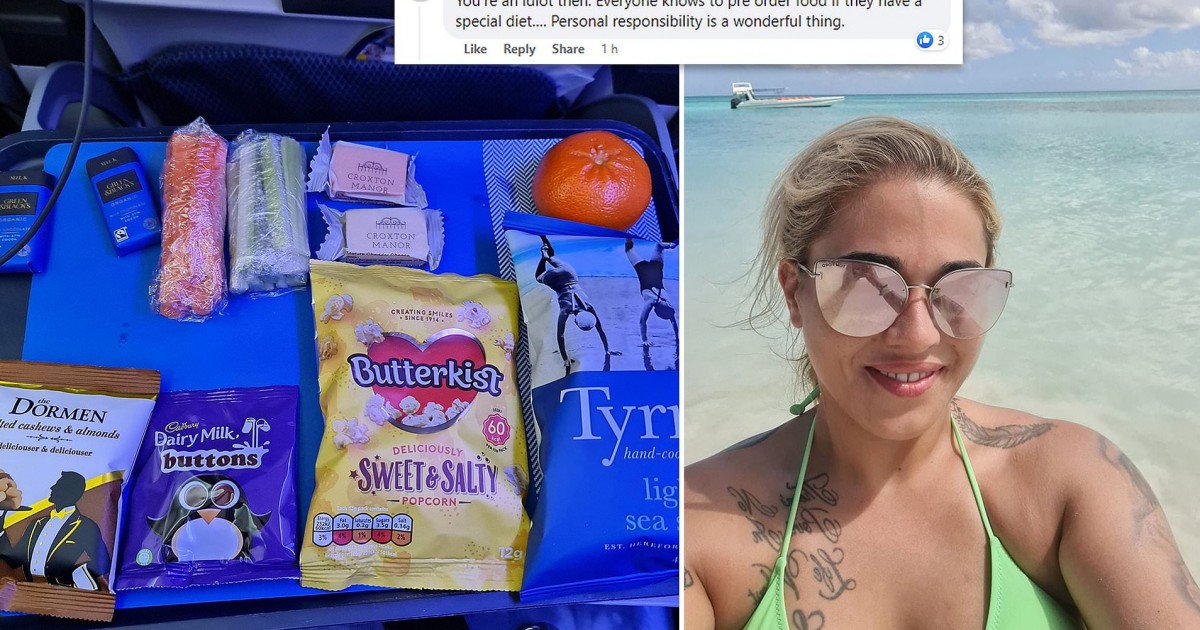 Amber Fisher’s sweet holiday turned into a nightmare after a mixup due to the website’s confusing menu left her starved on a 9 hours flight. The woman shares that she had antibiotics and was on an empty stomach when she boarded the plane, not aware of the nightmare that was shortly going to follow her. She says that by the time the plane was landing, she almost passed out from weakness and vomited water in a brown bag because of her empty stomach. 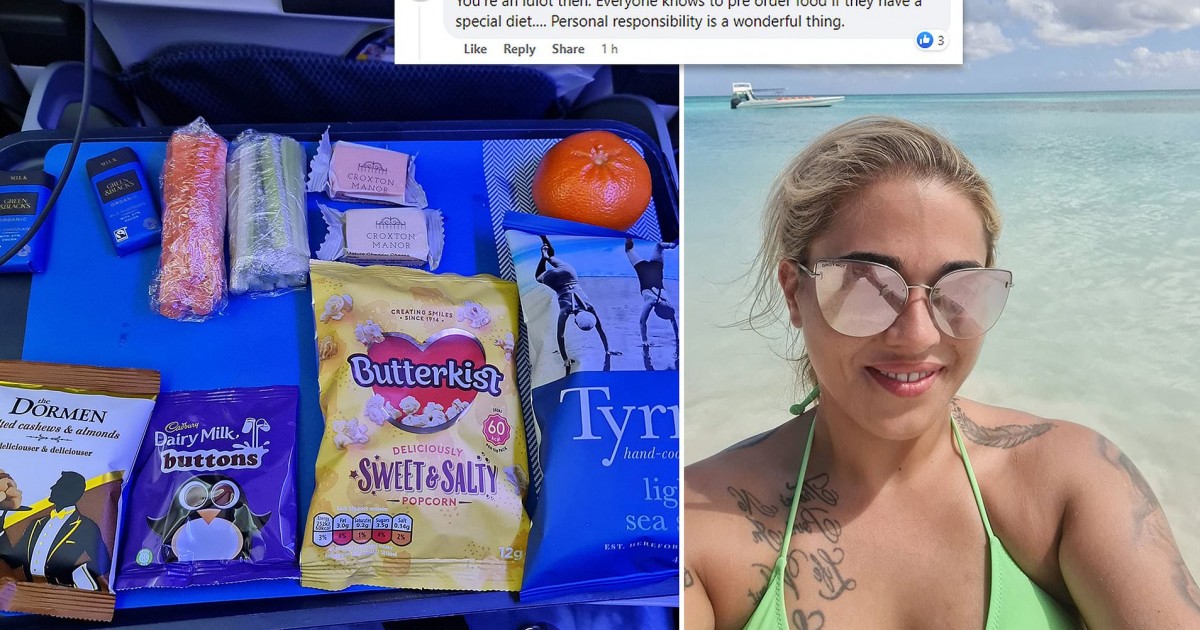 Amber Fisher, 32, was left starving on a 9-hour flight after her request for a special meal was ignored because of the website’s confusing menu.

The 32-year old suffers from coeliac disease and says that the British Airways’ website led her to believe she could tell a flight attendant about her allergies upon boarding and be given a gluten-free meal. 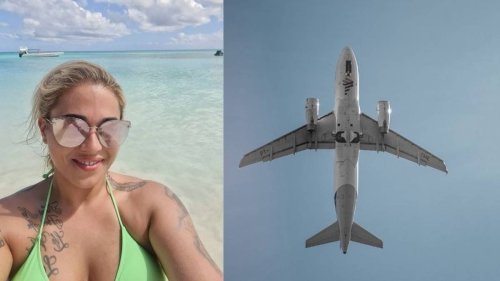 But once on the flight, the mom who was bound for the Dominican Republic was informed that she never booked any meal in advance.

To help her out, the flight crew managed to arrange a few edibles that were gluten-free from their own lunches. Thus, the poor woman was left on a 9-hour flight with some carrot and celery sticks, chocolate buttons, crisps, popcorn, nuts, chocolate bars, and a tangerine. 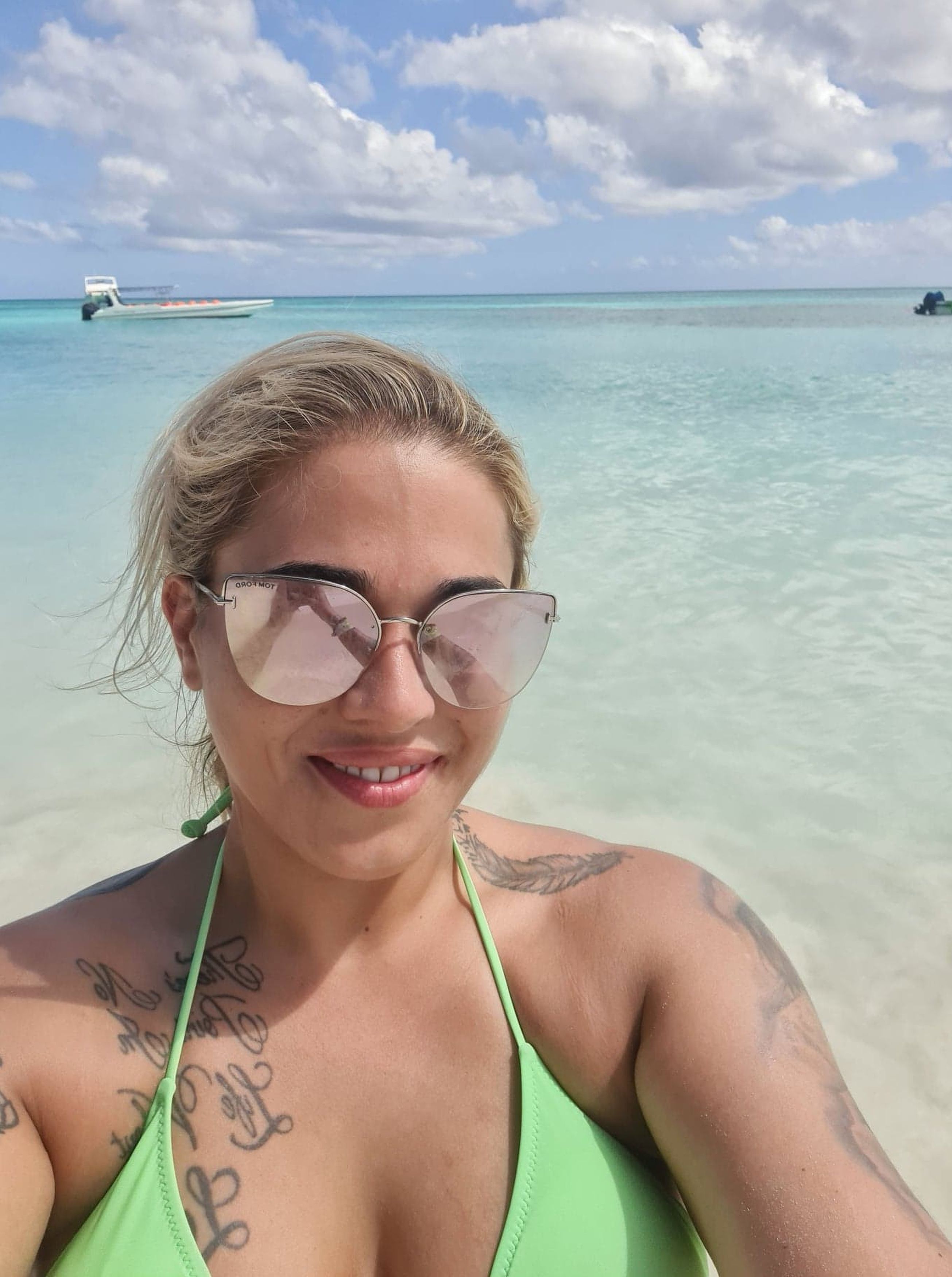 Amber, from Isleworth, London, said: “The air hostess said ‘we’ll have to see what we can do’ and then brought me that.

“She said ‘we’ve taken food out of the crew food too’ which was basically carrot sticks and celery sticks.

“I was like, ‘for nine hours you expect me to eat this?’ and she was like, ‘that’s all we have’. It was a pitiful amount of food.

“I ate the whole lot but it’s like what you’d give a kid while watching a film, it’s not an adult meal that’s going to fill you up. 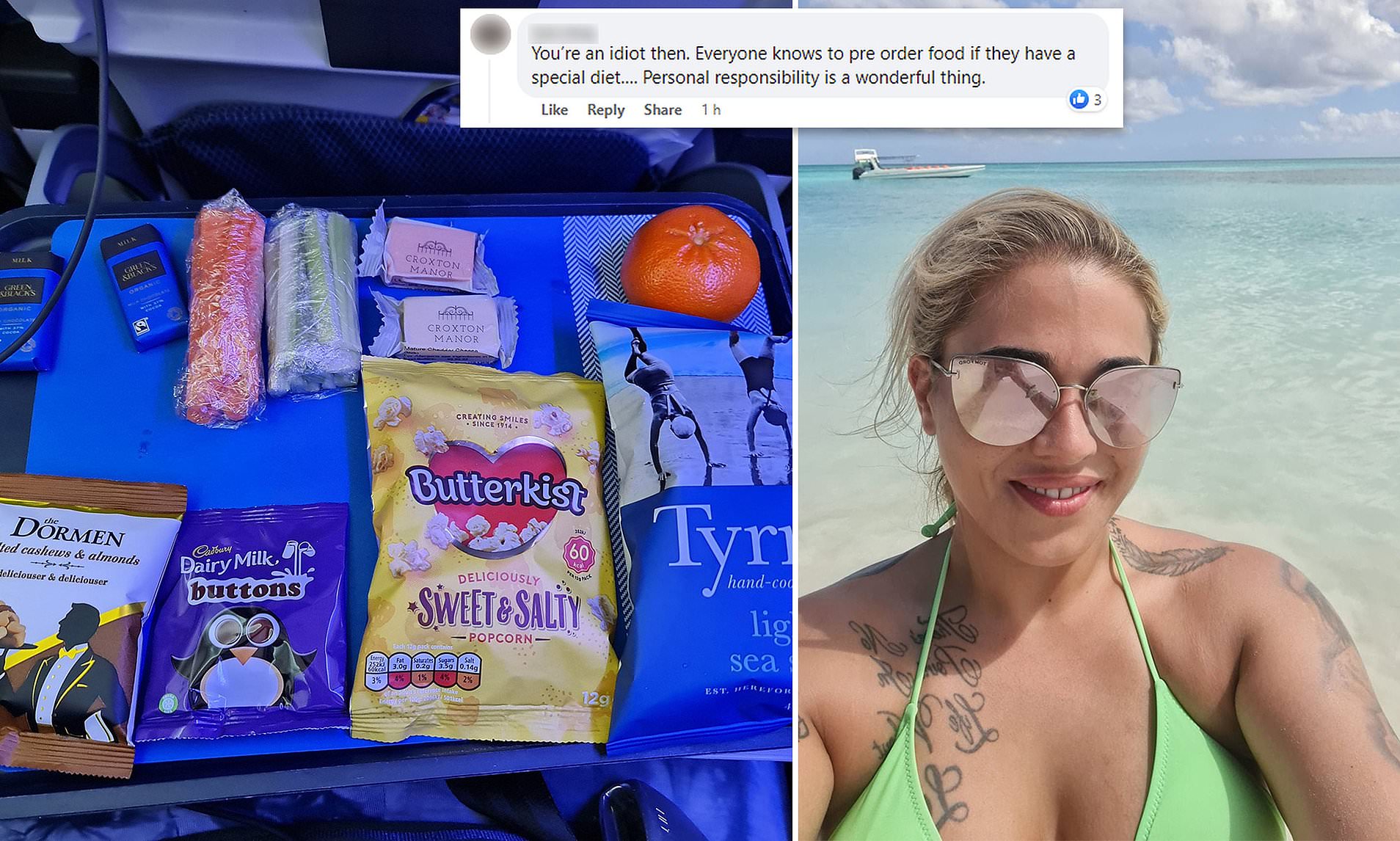 “I was on really strong antibiotics and hadn’t eaten in the morning so I was just starving and it was a nightmare.

“I nearly passed out at the end because I hadn’t eaten and felt really weak because of the antibiotics.

“I actually started vomiting into a bag as we were coming down – it was just water because my stomach was so empty.

“It ruined the holiday because it gave me major anxiety for days and I just felt crappy.” 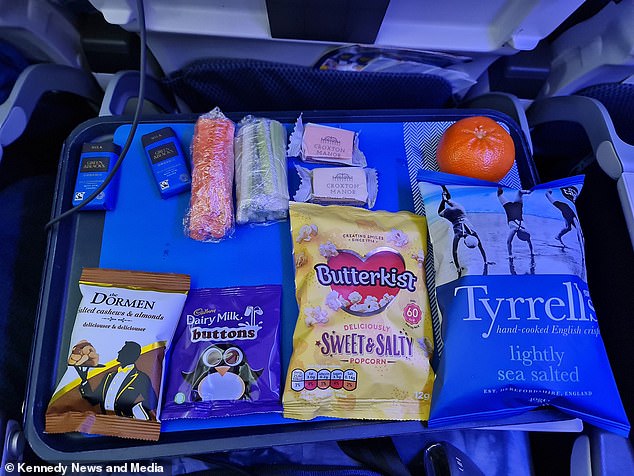 Amber blames the website’s confusing menu for the disastrous mix-up and states that the passengers with allergies ‘must inform [the] cabin crew of [their] food allergy upon boarding’.

However, the site also tells customers they can order ‘special meals’, including a gluten-free option, which should be requested ‘at least 24 hours before [their] flight departs’. 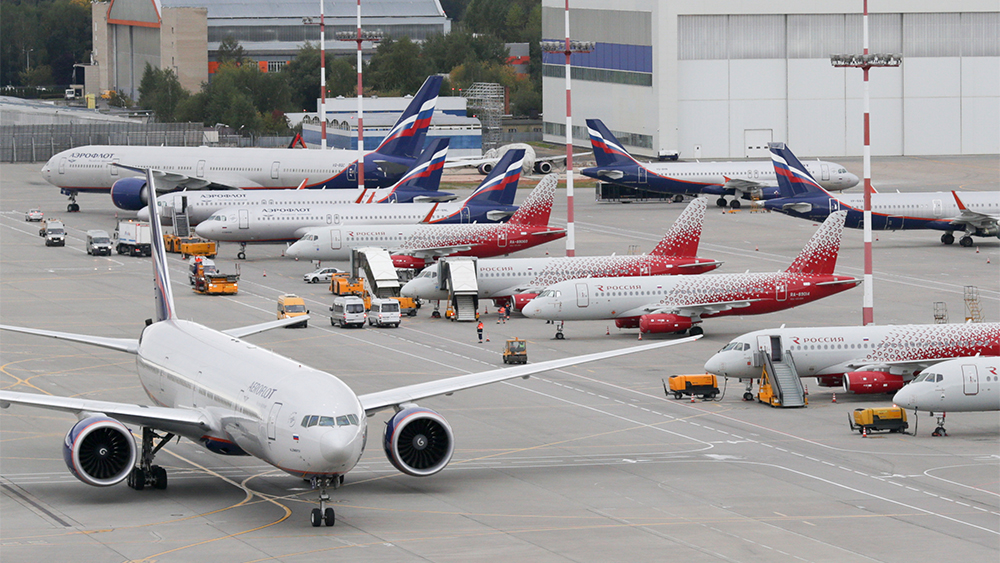 Amber says that she was assured about her meal and that she would receive a gluten free meal on her flight back, but says that didn’t happen.

She said: “On the BA website it states that you have to ask when you get on board and when I told the flight attendant she started arguing with me as if I was lying.

“I showed her what it said on the website and she just said, ‘oh that’s confusing isn’t it’.

“I emailed and complained and they just said: ‘We’re very sorry about this, this isn’t our usual practice. We hope you have a better flight next time.’ No compensation, no nothing. 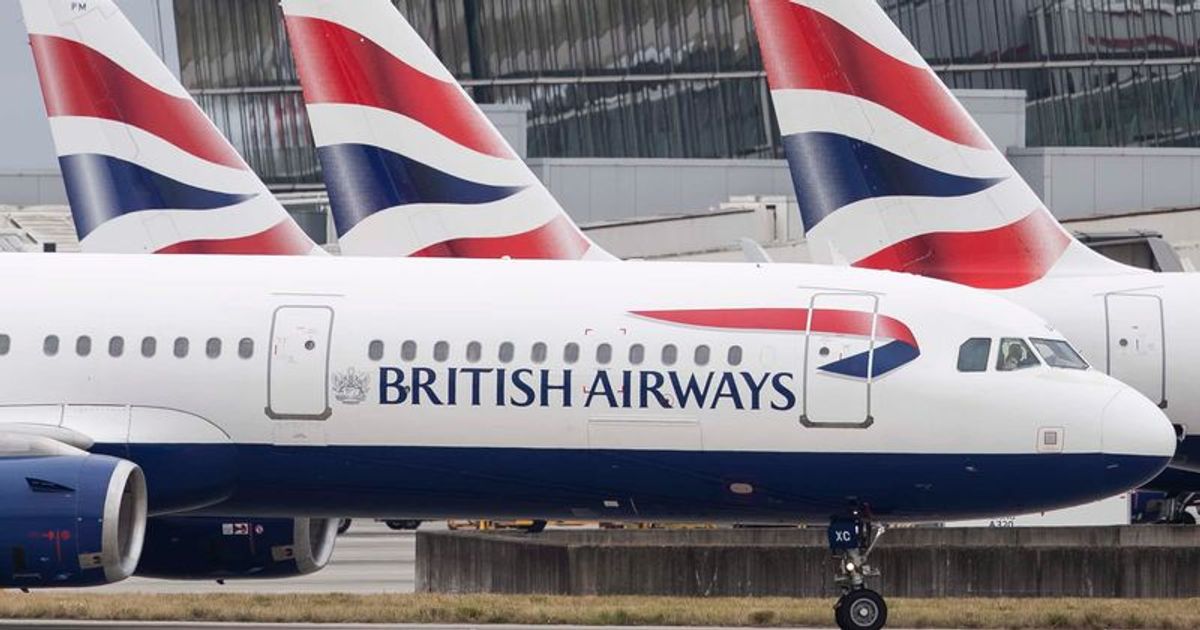 “You’re paying to be on a flight, you don’t expect someone to basically tell you that you’re lying. It’s massively put me off going with them again.

“The air hostess said, ‘don’t worry we’ll get it registered so every time you come on a BA flight you’ll automatically get it’ but when I got on the flight back they just automatically gave me normal food.

“So they didn’t even look into what was on my chair or that I’d applied for this meal. I just gave it to my partner.” 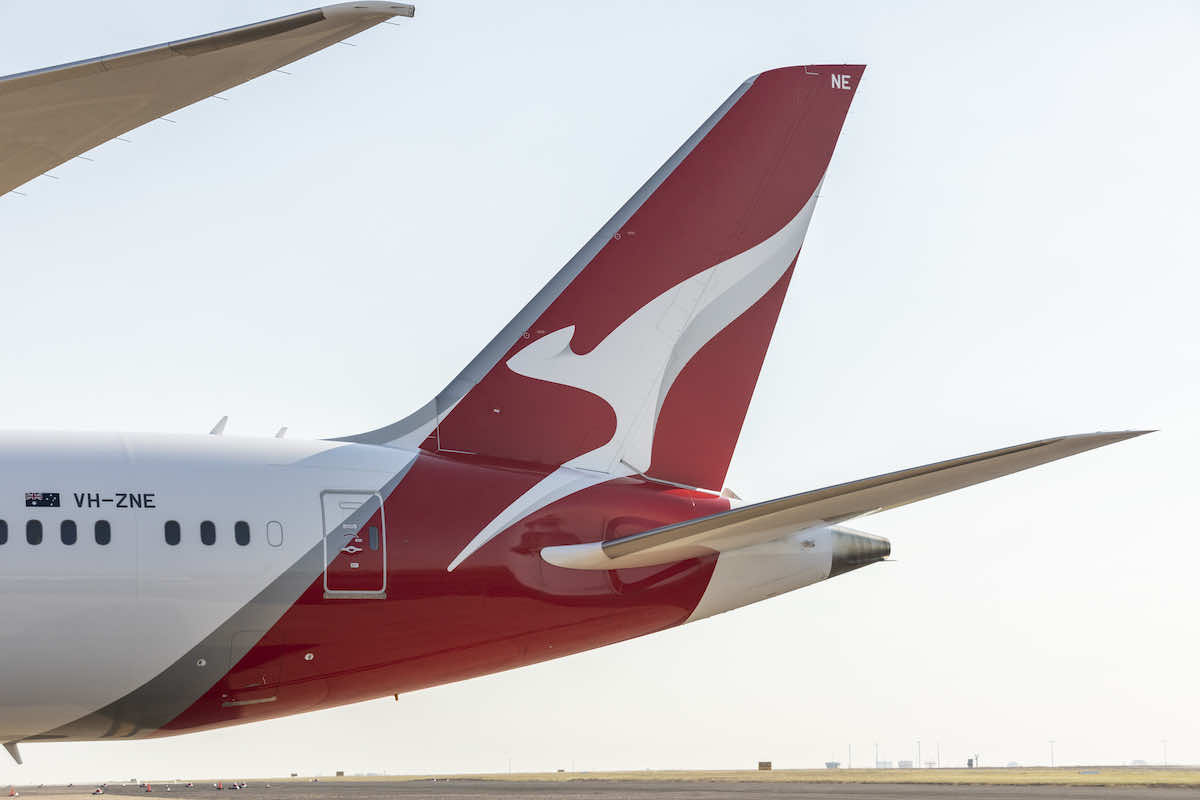 A spokesperson for British Airways said: “We take all of our customers’ allergies and dietary requirements extremely seriously and our catering teams work extremely hard to ensure everyone has the meal they want, every time they travel.

“All our customers can pre-request one of 15 special meals free of charge, including gluten-free meals, up to 24 hours before their flight.” 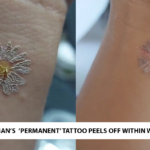 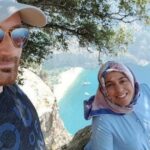