The Buffalo Police Department has released security camera footage showing an incident Thursday morning In which shots were fired inside a methadone clinic on virginia street.

The first video shows the suspect inside the clinic located on the 200 block of Virginia Street. The suspect is seen firing his weapon at the wall until a security guard and others attempt to stop him.

The second video shows the security guard and others attempting to stop the suspect and bring him to the ground outside. One person was able to take the gun out of the suspects hands.

According to police, two men are in custody in connection to the incident on Virginia Street and another incident on Pennsylvania Street from earlier that day. 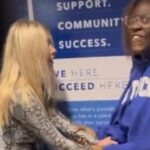 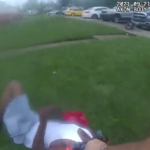