WASHINGTON – Duke Edward Wilson, 67, of Nampa, Idaho, was sentenced today to 51 months in prison for assaulting a law enforcement officer and other actions during the breach of the U.S. Capitol on Jan. 6, 2021, which disrupted a joint session of the U.S. Congress that was in the process of ascertaining and counting the electoral votes for the presidential election.

According to court documents, Wilson went to the U.S. Capitol on Jan. 6 wearing a dark-colored jacket with a long-sleeved blue shirt underneath and a purple and white baseball hat that read, “CNN,” with the words, “FAKE NEWS” underneath it.

He entered the Lower West Terrace tunnel area of the U.S Capitol Building shortly before 3 p.m. At that time, the crowd was pushing against law enforcement officers in efforts to enter the building, while spraying liquid irritants toward the officers as they pushed on the officers’ shields.

Wilson made his way to the front line of the crowd, and as officers tried to close a set of double doors, he grabbed for them and tried to pull the door open. He then raised what appeared to be a tablet device to deflect the liquid irritant officers were spraying at the crowd. Wilson then picked up a several feet long white cylindrical object, believed to be a thin polyvinyl chloride (PVC) pipe, and indiscriminately used it to strike at the officers, hitting one. Wilson then raised the object above his head and threw it into the line of officers. As the confrontation continued, he also assisted others in attempting to pull a shield away from an officer. During a struggle over the shield, he pushed an officer to the ground and then joined others in pushing another officer.

Wilson was arrested on April 15, 2021. He pleaded guilty in the District of Columbia on Sept. 7, 2021, to obstruction of an official proceeding and assaulting, resisting, or impeding certain officers. In addition to the prison term, Judge Royce C. Lamberth ordered him to pay $2,000 in restitution. He also must serve three years of supervised release following his prison term. 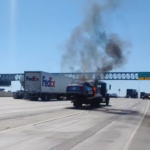 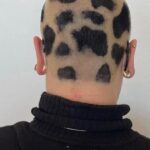