* (Disclaimer: This video content is intended for educational and informational purposes only) *Rosemead, California — On October 19, 2021, at approximately 3:19 PM, Temple Sheriff’s Station received a telephone call regarding a suspicious person at a business in the city of Rosemead. The caller reported a male had driven a black Mazda sedan into the parking lot of his business and told him he needed work completed quickly on his car because he had a murder warrant and the police were after him. The male was later identified as 25-year-old Adrian Abelar. Deputies arrived on scene and contacted the informant who reiterated Abelar told him he had a murder warrant.

The informant asked that the male be made to leave his establishment. Two deputies approached the black Mazda and contacted Abelar, who was seated in the driver’s seat, and a female who was seated in the front passenger seat. Abelar did not have identification and provided false identifying information to the deputies. After speaking to Abelar for approximately five minutes, the deputies decided to direct him to step out of the vehicle in order to identify him and determine if he in fact had a warrant for his arrest. One of the deputies opened the driver’s side door of the Mazda and asked Abelar to step out. Abelar suddenly exited the car armed with a handgun in his right hand. The deputy yelled, “Gun, gun, gun” and a short physical struggle ensued.

Both the deputy and Abelar fell to the ground next to the driver’s side door, and a deputy-involved shooting occurred. Abelar sustained a single gunshot wound to the upper body and was taken into custody. Deputies immediately rendered first aid until the arrival of the Los Angeles County Fire Department paramedics who continued to provide medical aid. Abelar was transported by ambulance to a local hospital where he was treated for his non-life threatening injury. There were no other persons injured in the incident. A loaded Ruger 9mm semiautomatic handgun was recovered at the scene. It was later determined that Abelar did not have a warrant for murder; however, he did have a $145,000 warrant for a felony probation violation. 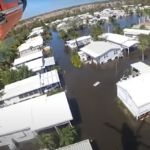